When I was a child, my mother watched a lot of spy shows from her formative years. Her favorite was without a doubt The Avengers. It was this show (and shows like it) that shaped my vision of spies: classy British people who spoke in riddles. As a result, I need my spies to be witty and full of innuendo. In case you haven’t figured it out, we’ll be talking about spy games. And, this month I’m going to mix it up and talk about the top three ranked spy games on Board Game Geek before sharing what spy-themed games appeal to the LudiCrew.

According to Board Game Geek, spy games “often have themes or storylines relating to espionage. Often, players must identify another player who has taken the role of spy or secret agent and attempt to reveal secret information that this player holds”. It is not uncommon for spy games to include deduction and/or hidden information.

Battlestar Galactica: The Board Game 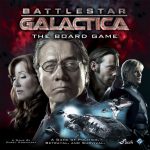 Battlestar Galactica: The Board Game is a 3-6 player game designed by Corey Konieczka based on the Sci Fi Channel series Battlestar Galactica. In a super small nutshell, the show is set in space and involves humans who are trying to get to Earth, and Cylons are trying to stop them. Not surprisingly, this is the objective of the game. At the beginning of the game, everyone receives a loyalty card, one of which is a Cylon. Later in the game, another round of loyalty cards is distributed, adding another Cylon to the game. If the humans make it to Earth, they win. Otherwise, the Cylons do. 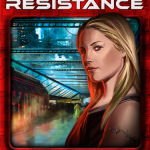 The Resistanceis a 5-10 player game designed by Don Eskridge. Players are either Resistance Operatives or Imperial Spies. Each round someone chooses who to take on a mission. The group then decides if the mission team actually goes on the mission or fails. Like most social deduction games, the Spies will know who the other spies are, but the Resistance has no idea who anyone else is. If the missions succeeds, the Resistance gets a point. If it fails, the Spies get a point. The first team to three points wins. 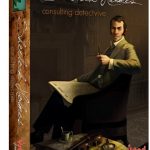 Sherlock Holmes Consulting Detective is a 1-8 player game designed by Raymond Edwards, Suzanne Goldbery, and Gary Grady. Players are trying to solve a a mystery using evidence and clues that can be found in newspapers and through interviews. There is also a map of London and a phone directory at their disposal. At the end of each mystery, players compare how they did to how well Sherlock did; were they able to solve the mystery using less clues? Players answer a list of questions about the mystery to determine their effectiveness as a detective.

Spy Games Enjoyed by the LudiCrew

The LudiCrew might have taken liberties in what constitutes a spy game. While not all of the games listed below fall under the BGG “Spy/Secret Agent” category, they do all involve spies as a theme.

27th Passenger, period. Seriously, the game nurtures the spying theme along with the deductive one without getting tedious or tiring at all! There is the constant sense of tension and danger as you try to outmaneuver your opponents. There are a good deal of smart choices involved and given the fact that one wrong selection can oust you from the game, you’re constantly being kept on your toes.

I’m not sure Study in Emerald would count as a spy game for all, but it undeniably has spy/espionage elements married to its already unusual theme, and it’s team bluffing/brinkmanship elements make it a huge hit for me.

As far as games with detective-y bits, I’ll have to give a nod to Tragedy Looper, which is a brilliant exercise in pure deduction.

Apart from those two, there are not many spy/detective games I truly loved … which sorta explains my fascination of coming up with new twists for [redacted] because I feel there is tons left to explore.

Twilight Struggle is a historical spy game on the grand scale of the cold war, when spies had their heyday (at least to our present knowledge).

Spyfall brings sympathy for the awkwardness of the spy situation in the safety of a party game.

In [redacted], you can willingly start to play as a double agent, which is a feat in itself and the game has great freedom of action inside it and around the table.

Honestly my favourite spy/detective game is [redacted] 😀 Mostly because I haven’t played any other spy games or the others really sucked. I’ve played Scotland Yard and Cluedo as a kid, but after a while they became too easy.

Come to think of it, I did play an intriguing detective game 2 years ago at Cardboard & Sun, and that was Sherlock Holmes Consulting Detective. I loved how everyone was working together to solve the case. I loved the newspapers we had to read for certain details. It has a little role playing element and it is a different experience because you have to solve a puzzle instead of putting workers on a board or playing cards. But it is also provides a good example of how no groups bigger than 7 people can be decisive. Don’t play this with too many people.

I pretty much second Harry-Pekka’s list. Twilight Struggle has long been my favorite game; I love the push and pull of the scoring. Spy fall carries with it the social element that allows for marginally good puns that evokes that campy 60’s spy show feel. I also enjoy [redacted] and find the double-blind aspects of sharing information to be both fascinating and frustrating.

My favorite spy game at the moment has to be Witness. It’s a deduction game that involves sharing clues a la the telephone game. We all listen to a mystery to start the game. We each have a character-specific set of clues that we will share with the other players by whispering and chaining the clues together. For example, I tell my secret to the person to my left. Then, the person to my right tells me two secrets: his and the person’s to their right. I then tell these secrets back to the person to my left who then shares them to the next person next time. Once we’ve done that one more time, we try to answer questions. The catch: you can’t take notes until all of the information sharing is done. It’s hilariously tricky and fun.

I don’t play any of these unless Kill Dr. Lucky counts, which I don’t think it does.

Corrie loves spy/detective/deduction games. Todd, not so much. The one game we can agree on, though, is the old Orient Express game. That is a really fun mystery game, that levels the playing field by doling out the clues very gradually. 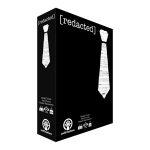 [redacted] was published by LudiCreations in 2014. While it is currently out of stock in Europe, there are limited quantities available in the US. If you are interested in the game, checkout your local game store or preferred online retailer.