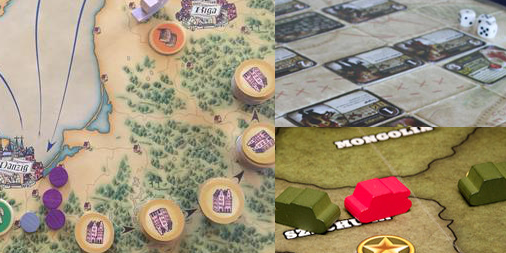 The summer months are upon us, and it has the LudiCrew playing a variety of games. Some members are not only taking games on holiday but using their games to plan their holiday as well!

This month found me quite skeptical. Should I try something funny or should I go with something mind-boggling! Thus I found the solution, I should go for both! And so, here came Summoner Wars with all its glory (Master Set, Alliances and Faction decks) to crunch out my precious little time. So much fun in so many different combinations of armies to choose and play with!

Besides playtesting three different projects I have going on, I have been playing Quartermaster General – great strategic game for 2 players or great light tactical game for 6!, but I’m yet to figure out how to win reliably with the axis… Besides that, lots of [redacted] – in anticipation of Garden Party, Pocket Imperium (still great job Morti!), and my continued favourite Hyperborea. 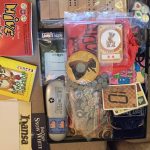 Games Harry-Pekka brought with him on travel.

I’ve been on a cruise vacation with my family and brought and played small  travel games: Hive Pocket, Lost Legacy, chess, Innovation. Because we go mainly through historical Hanseatic league trade cities on the Baltic sea I brought Hansa by Schacht. A great 2 & 3 player gem. We’ve played it several times in the ports of question, and I have been keeping a record of our travels on its map board in twitter @Hakuus. 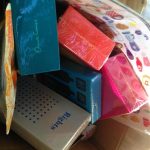 Rhiannon’s box of goodies from Japan.

Sadly, my game play has been quite sporadic here of late. I played Flick ‘Em Up, which combines two of my favorite things ever: spaghetti westerns and dexterity games. I also decided to delve into the world of Japanese games and ordered several Oink games: Deep Sea Adventure, A Fake Artist Goes to New York, Rights, TROLL, and Yabunonaka. of them, I’ve played Yabunonaka, which is a deduction game involving murder suspects. Oh! I played and really enjoyed (and am not sure why I haven’t ordered it yet to be honest) Mensch argere Dich nicht: Das Kartenspiel.

What’s been on your table?