Years ago, when I was in architecture school, I worked at a comic book store. To pass the time there we, of course, read all the comic books that were released each week, and, as a student architect, I became curious about the urban places and buildings that artists drew in a varying degrees of accuracy or flights (pun intended) of fancy. I thought at the time about writing a series of essays on architecture through the lens of laypeople in the comics medium. 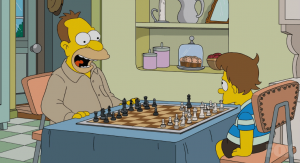 Today as a game designer, looking at board games sweep through popular culture as a growing wave, I thought we could take a look at games through that same layperson lens. I’ll break this essay out into two different categories: board games on popular TV shows and those in films.

Historically, games shown in popular media were inevitably Monopoly (or some form of roll and move style game), Poker and Pictionary, and occasionally Trivial Pursuit. These were games everyone had in their homes and knew how to play. Often the TV show or film would use these games as character touchstones, expressing their boredom with the activity going on and enabling some sitcom plot point. These games were used as a device within the story to create a shared audience experience and be the driver for a joke. 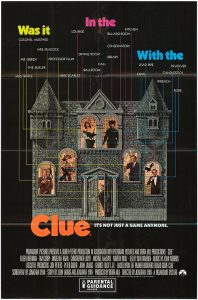 As our hobby grows and board game publishers become savvy enough to work with product placement agencies, as well as many writers and actors now playing board games in their off-camera lives, we are now seeing a new wave of different, more “gamer” games appearing in consumable media.

I think it is important to underline the point here that, yes, though these games are a product placement vehicle (in fact Rio Grande games has hired a product placement firm to feature their games in popular media), they form a natural part of the characters’ social lives and are treated as normal social activity.

I only briefly highlight here the current exposure of board games in the media, but I believe it shows a positive trend in our hobby, that board games are becoming a mainstream social activity and that there is a wider understanding out there that Monopoly is not the only game people play with their friends and families.

In my next article I will take a closer look of board games in TV shows, focusing on The Big Bang Theory and the Simpsons. Each of them have their own way in presenting the board games, but more on that a bit later.